“Hip hurra for syttende mai!,” is the cheer heard throughout Norway on this day, the equivalent of America’s July 4th. It is National Day, and Norwegians celebrate their 1814 constitution in grand style.  No military bombast and no fireworks, just parades, flags, national costumes (bunads) and endless ice cream and cake. It is a day for kids, including high school seniors (aka “Russ”), who end their two-week-plus graduation celebration today before taking final exams.

In tiny Kirkenes, where the West ends and the Russian bear casts its long shadow along a 195-kilometer border, independence and freedom are keenly felt. Three children at the local grammar school deliver a speech in Norwegian, Russian and Sami, extolling the importance of dialog, not guns, to protect Norway’s abundant blessings. Russian artistic director, Luba Kuzovnikova, who runs the annual arts festival, gives a keynote speech in town square jokingly declaring herself a member of the Barents Liberation Army, reflecting local concerns that outside oil and mining interests may soon call the shots.

“Of course we realize that oil and gas must be developed,” she tells me afterwards, “but there should be a balance.” Thanks to the 1993 Euro-Arctic Barents Region agreement between Norway, Russia, Finland and Sweden, hundreds of regional projects have hatched in the past 20 years without the interference of federal bureaucracies, but this may change as the Russian bear grows restive and multinational companies step in.

It’s all fun and games today, though. Children fill their bellies with sweets and admiringly chase after Russ students to collect the personalized photo cards they carry with slogans that range from sassy to risqué. National Day is bittersweet for high school seniors, with a carefree existence coming to an end. Norway is egalitarian in terms of salaries, but the educational system is rigidly split. Red-pants Russ go to liberal arts universities, black pants go to vocational college and two-year apprenticeships in their chosen trades. Red or black pants, white or blue collar, everyone is Norwegian today. 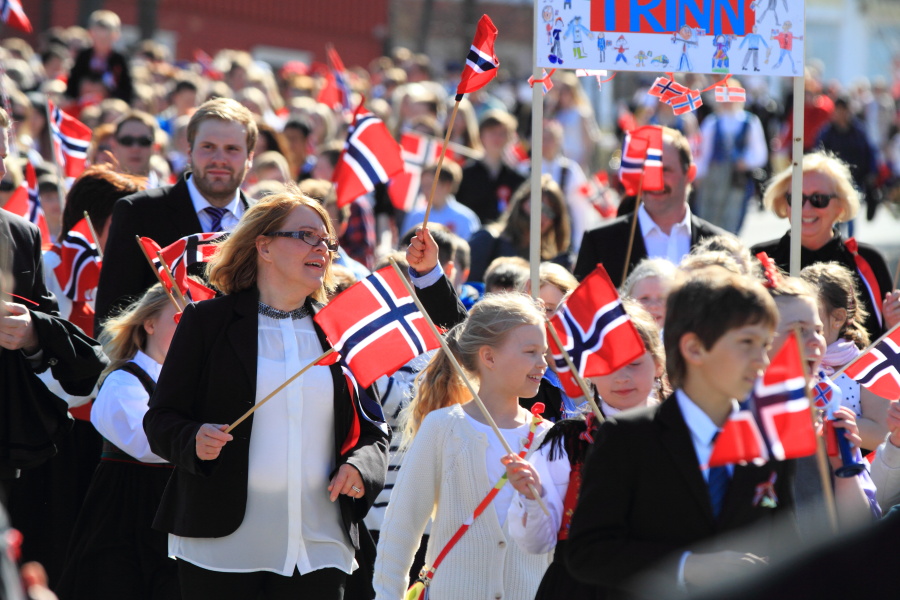