Senja, the southernmost extent of my Arctic coverage, is the second largest island in Norway and known for its rugged landscape and independent people. Until a decade ago, many of its remote fishing villages were accessible only by boat, but aggressive road and tunnel construction has changed the face of the island, bringing tourism and new wealth to many of its residents.

With climate change, another kind of wealth has arrived in the form of increased fisheries. As fortunes fade for fishing villages farther south along the coast of Norway, bountiful cod and herring have arrived off Senja following warmer Atlantic currents that have drifted steadily northward and deeper into the Arctic Ocean.

Last January, whales suddenly filled Senja’s fjords as well, chasing the herring that once concentrated much farther south near the Lofoten Islands. Whale-based tourism was marooned in Lofoten while Senja residents listened to the sounds of humpbacks and orcas breathing outside their  shoreside homes throughout the endless Arctic night. Some say one man’s loss is another man’s gain, but as climate zones shift northward, species that once depended on fringe terrestrial ecosystems in the northernmost polar islands like the Svalbard archipelago have no place left to go, which will be everyone’s loss.

CLICK PHOTO FOR A TOUR OF SENJA IN SUMMER: 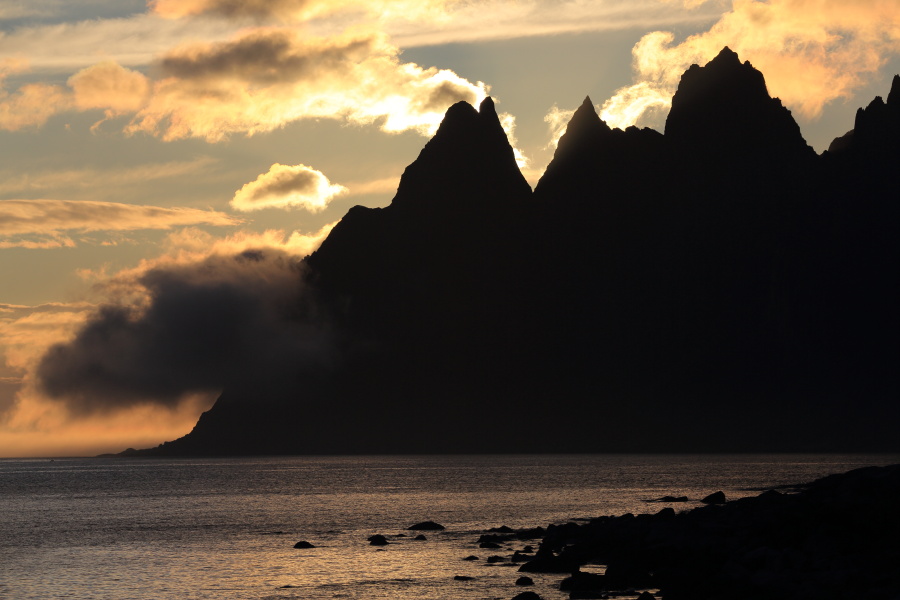