Each year, over 700 enthusiasts come from all over Europe (and even Australia!) to participate in the world’s most northerly ski marathon.  With guards posted at intervals carrying rifles to protect against polar bears, it may also be the world’s most unusual such event.  Kids get into the act the next day, closer to town, but also with dads posted like Secret Service agents atop strategic mounts surrounding the valley race.  Norwegians like to say they are born with skis, Svalbard folks add their rifles.

This year’s race barely got off the start mark, however, with sudden temps well above freezing the week before.  Last year, Longyearbyen experienced practically unprecedented rain and flooding in January and February while mainland Norway sat frozen far to the south.  So far the legendary marathon has never been cancelled, but changing climate could lead to changing patterns in tourism. 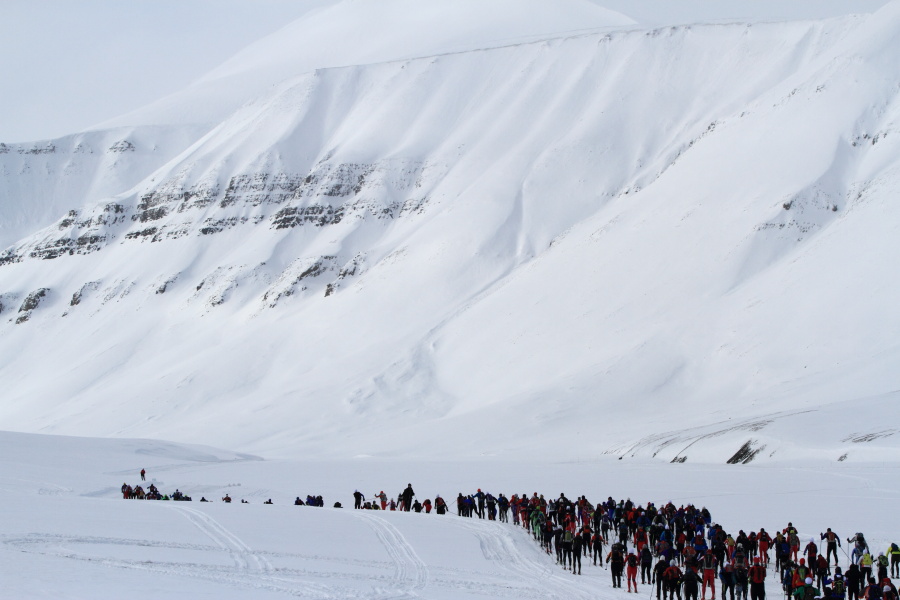