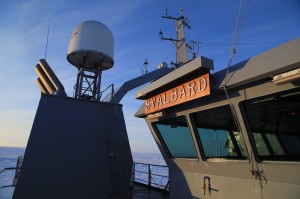 After the Sami Easter Festival in Finnmark, I traveled aboard the Norwegian Coast Guard’s crown jewel, the KV Svalbard icebreaker for three weeks. Our primary mission: chisel our way north of the Svalbard archipelago for 180 nautical miles to 83° North latitude, leading the Norwegian Polar Institute’s research ship, RV Lance, and leaving it locked in a frozen berth from which scientists are tracking the natural drift pattern of the polar ice pack as well as monitoring marine life and chemistry beneath the ice. 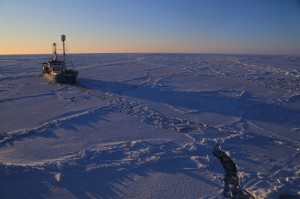 It took most of a week to reach our destination and several more days to weave our way back out of the frozen maze, breaking through ice as thick as two meters when natural channels shut closed due to winds and tides. April is usually the month of maximum sea ice coverage in the circumpolar north, but the winter pack ice barely extended as far south as where I found it in late summer during “ice minimum” in August 2013 aboard the RV Lance, just north of Svalbard (see Thin ice: Uncharted waters of climate change). 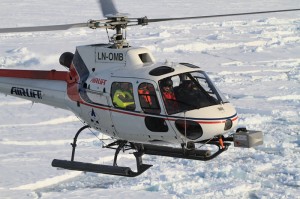 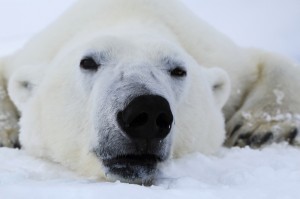 After reaching open waters again, we pushed our way into some of the archipelago’s most uncharted recesses, docking amid fjord ice each night to serve as a stable helicopter platform for polar bear scientists. On the final morning, a polar bear ambled across the ice past our ship and laid down beside a seal hole, patiently awaiting dinner. After scientists darted him with a sedative, they worked quickly taking blood and fat samples, measuring its girth and length, and pulling the the tiny vestigial tooth behind its canine to count “rings” in the tooth and determine age. 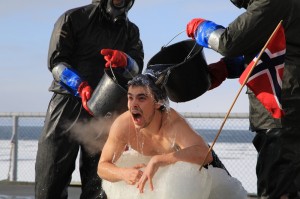 Throughout our journey, the crew of sixty men and women– most on a mandatory year of military service– practiced maritime skills and onboard emergency response, from firefighting to first aid. Those on their first tour above 80° North had to prostrate themselves on a block of ice before King Neptune to be doused by buckets of icy seawater. 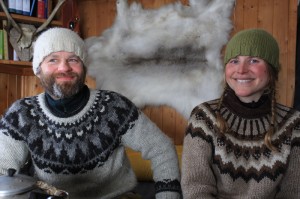 The biggest surprise of the trip was visiting a young couple living off the land in an old trapper’s hut tucked deep in a remote fjord. After a bone-rattling hour of snowmobiling across fjord ice to reach their hut, I came up the hill to discover that the woman, there in the middle of nowhere, was a friend, Ragnhild Røsseland– someone I had met in Svalbard two years earlier when she worked for the archipelago’s park service as a biologist. (see Sysselmannen: Svalbard guardians) 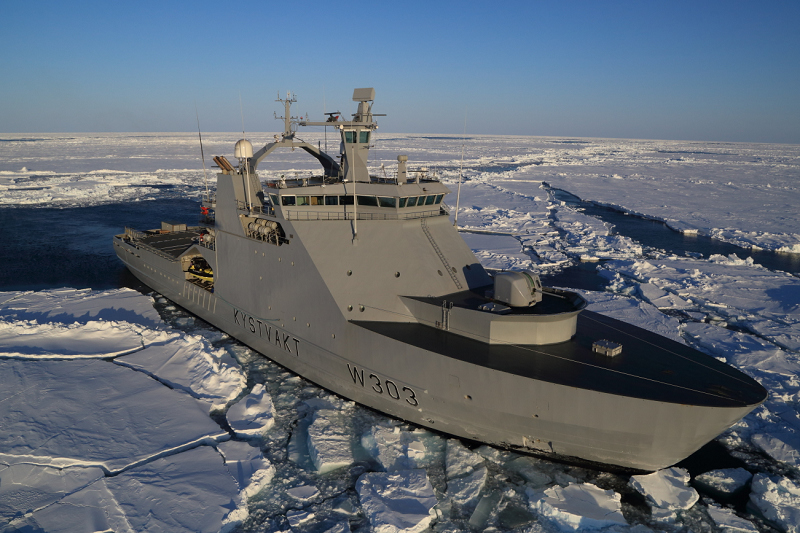