It is perhaps fitting that my four-month journey across the Norwegian Arctic should end at the beginning… of life, that is. I am traveling aboard the Norwegian Polar Institute’s research ship, R/V Lance, with a team of marine microbiologists and oceanographers monitoring shifts in salinity, temperature and plankton to track incursions of warm Atlantic waters into Arctic seas. In two seasons I have come full circle, from ice maximum in April to nearly ice minimum in August, when the frozen ocean retreats to the highest, most remote latitudes.

After 10 days of watching scientists analyze chemical data and microorganisms scooped from some of the Arctic Ocean’s deepest waters, I find their work every bit as fascinating as studying polar bears or whales. They examine some of the most varied fauna and flora on Earth that are as tiny as they are crucial to the planet’s health.

The earliest form of life, blue-green algae, was a simple bacteria, or protist, that became the template for thousands of single-celled organisms, themselves roots of the five kingdoms of the phylogenetic tree. They bequeathed us our atmosphere and replaced the poisonous gasses that originally enveloped the Earth. While polar bears, whales, seabirds and seals are exciting, they all look boringly similar in the eyes of Lance’s microbiologists, who revel in the dazzling and diverse structures of diatoms, dinoflagellates, amphipods and copepods. 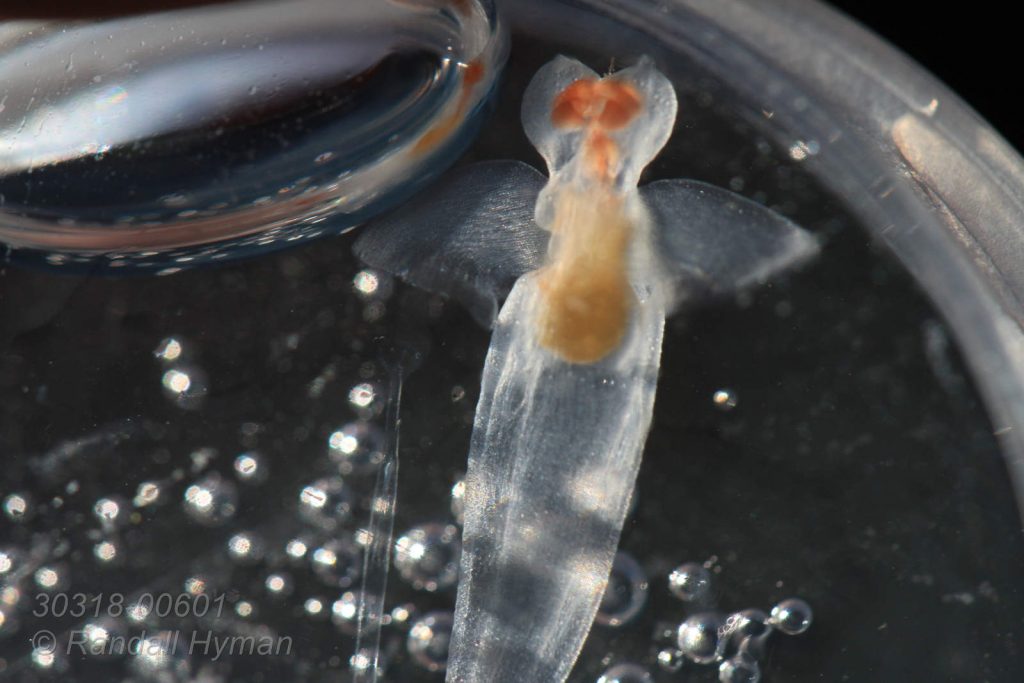 Having sampled waters on the western and northernmost coast of the Svalbard archipelago, we have spent the entire sunlit night zig-zagging northward, crashing through huge ice floes, searching for algae which thrives on the underside of the Arctic Ocean’s frozen lid. The few of us awake on the bridge and deck scan for the telltale brown of algae on shattered floes that flip over and slide across each other like massive ice cubes as our ship crashes forward. Lance’s hull shakes and grinds with each headlong rush through another fracture line smashed open by the 23-centimeter-thick (nine-inch) reinforced bow.

Finally, we anchor on a sheet of ice two meters thick that extends to the North Pole. The vast snowscape is eerily quiet and still after a night of bone-rattling ice breaking. Wasting no time, scientists and deckhands auger two holes in the floe and insert steel tubes that serve as mooring posts. Five divers pull sledges full of scuba tanks and other gear to a melt pond that has a seal hole in the middle.

Using saws, they enlarge the opening and, after careful equipment checks, disappear under the ice with special suction canisters for collecting plankton. The ocean here is nearly 4000 meters deep. I crouch in the slippery melt pond 2.5 miles above the seabed floor, hand plunged in the freezing water taking photos, and imagine slipping down this hole into the bottomless blue. 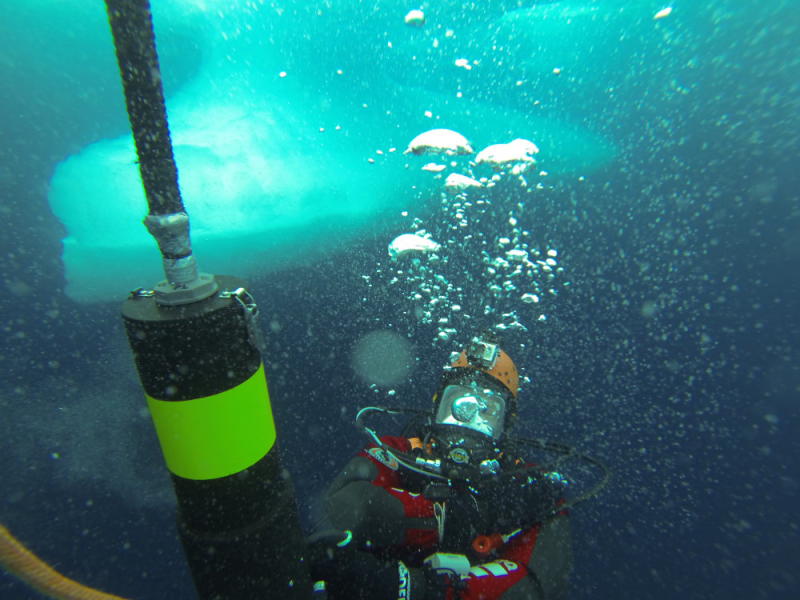 We have little luck finding plankton, but at a second dive site the next day divers find plentiful phytoplankton and zooplankton thriving in some of the coldest yet nutrient-rich seawater on Earth. We finally have ice algae, which is later exposed to Carbon-14, a radioactive isotope, and resubmerged in special vials under the ice for 24 hours to track the energetics of carbon dioxide uptake and oxygen output.

The next morning we turn southward, back toward Longyearbyen on southwest Spitsbergen Island, a 34-hour trip.  In the evening, a few of us relax in a hot tub tucked above the back deck (yes, scientists do allow themselves occasional luxuries!), relishing icy winds and choppy seas.

I see a sudden spray of water erupt on our port side from amid the waves and shout, “Whale!” A moment later an enormous, shiny back surges to the surface, passing our ship and disappearing beyond our stern in the stormy seas. We have just seen a blue whale, the largest animal ever to roam Earth.

My long journey across the Norwegian Arctic is coming to an end. Over the course of four months I have covered everything from glaciers and reindeer to ski marathons, dog sledding, the petroleum industry, seabirds, trawlers, geopolitics, and polar bears. In these last two weeks, I have feasted my eyes on both the humblest and the grandest forms of life known to science. Turning my sights toward home, I reflect on the tremendous challenge all nations face in protecting this amazingly rich legacy for millennia to come.