A week aboard the Norwegian Coast Guard frigate, K/V Andenes, has taken me southward 1125 kilometers (700 miles) across the Greenland Sea from the High Arctic of Svalbard (with a stopover at the weather station on Bear Island, most southerly of the Svalbard archipelago– and an obligatory skinny dip in subzero water)  to the much warmer waters of the Norwegian Sea in the Lofoten Islands, where midnight sun has not yet arrived.  Strange to see darkness again!

Arctic seas are the wintering and spawning grounds of Norway’s biggest fishery, cod. With climate change and warming waters, fisheries have moved dramatically northward.  Cod and haddock have never been more plentiful in the Barents Sea and the main problem can be catching too much too quickly, with the record being 40 tons of cod in five minutes! The Coast Guard (Kystvakt) boards these vessels to ensure quotas are not exceeded and check that nets and lines meet regulations.

Kystvakt also provides vital search and rescue, saving vessels like a Russian cruise ship years ago that hit an iceberg and began sinking with nearly 1000 passengers.  A sister ship of K/V Andenes, built for a crew of 60, rescued everyone leaving barely enough room aboard to stand, let alone sleep, until docking in Svalbard. Even without 1000 extra guests, room aboard the K/V Andenes is tight. Norway requires that men serve one year in the military, optional for women. Many women do enlist, six aboard the Andenes.

Norwegians are informal, with no military stiffness or saluting, but real dedication to their jobs. As fisheries migrate to the northern reaches of the Greenland, Norwegian and Barents Seas and bigger cruise ships chase the ever-receding ice into polar regions like Svalbard, the Coast Guard will need plenty more sailors to patrol the melting Arctic. 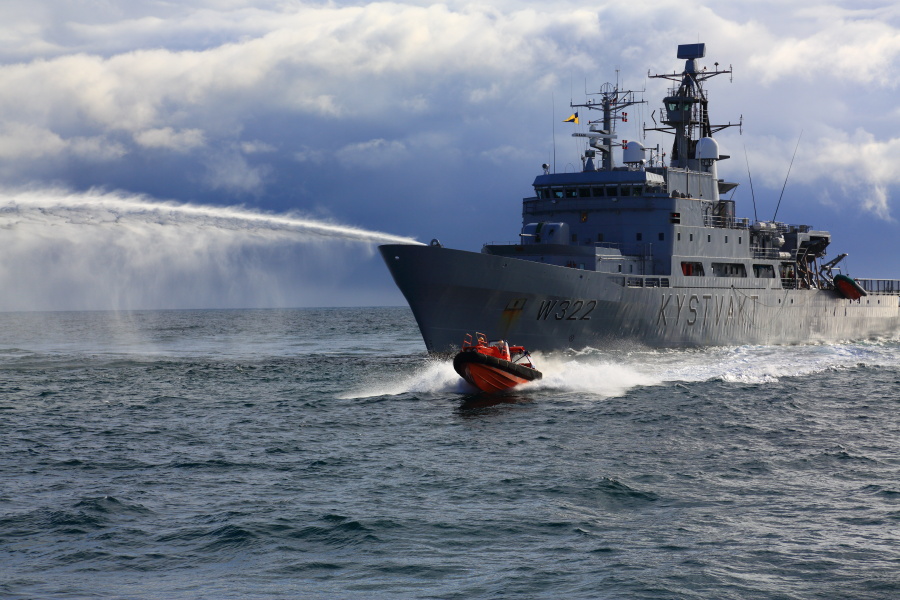