As I leave the town of Longyearbyen aboard a Coast Guard ship bound for the Lofoten Islands, snapshots of  Svalbard life play through my mind… kids riding bikes on snow and ice, a high school parking lot filled with nothing but snowmobiles, schoolchildren skiing into the mountains on a field trip with teachers carrying rifles, lone skiers trudging 700 feet up fjord walls above town for 45-second downhill thrill rides (no ski lifts here!), moms driving kids to school in snowmobile cabs past the occasional reindeer.

Svalbard gun laws are unique, too. You can carry a gun once you’re 18, but no training is required unless you join a hunting club, legal age 16. Student dorms, where I stayed, all have weapons lockers. Snowmobiles never head out of town without at least one rifle strapped on the back. High school sports teams snowmobile 55 kilometers (34 miles) south over the roadless tundra to the Russian coal mining town of Barentsburg to compete four times a year and hang out afterwards partying and staying the night.

This relates to Svalbard’s unique status in the world of geopolitics, where it has long been an outpost for staking claim to Arctic Ocean resources. After WWI, over 40 signatory nations agreed it would be a non-militarized Norwegian territory open to all treaty nations for resource exploitation. Few nations aside from Russia ever exercise these rights, but as polar ice disappears, fishing boats, cargo traffic and petroleum exploration push increasingly farther north.  The Norwegian government recently awarded Longyearbyen $40,000,000 to build a new port for accommodating cruise line traffic that has nearly quadrupled in the past ten years. 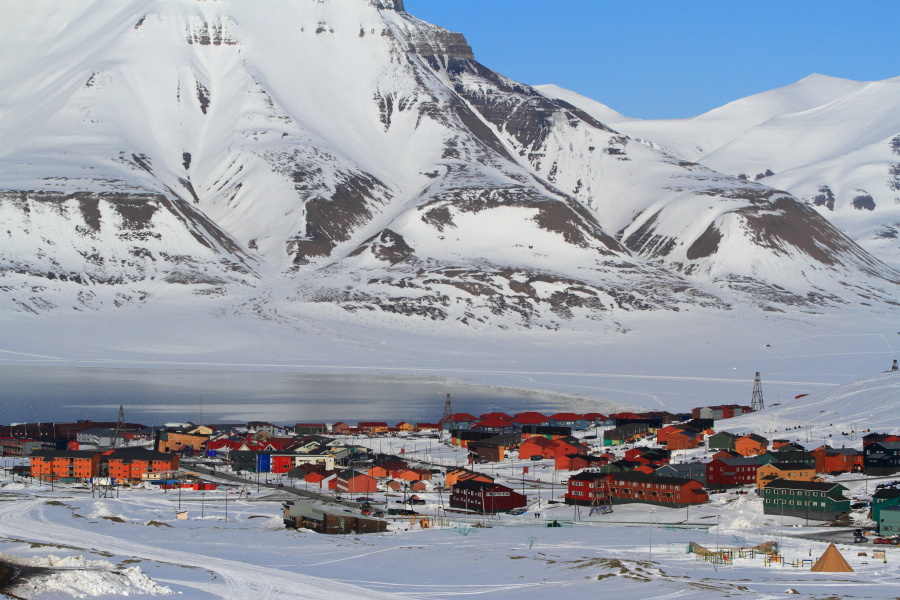